6 REASONS WHY YOU SHOULD BECOME A MEMBER

Have business interests represented through advocacy

Integration into a local and international network of business leaders, investors and partners 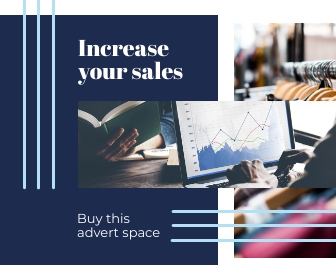 HERE'S WHAT OUR MEMBERS ARE SAYING

I must commend the Chamber for the organization and coordination of the meetings I have attended since becoming a member and the lectures I have heard from the speakers especially at the various breakfast meetings have been of impact to the remodeling of the structure we had in place before we joined the Chamber.

The NACC attracts high-caliber individuals and the networking is incredibly valuable. There is no better place to develop your business than The Nigerian-American Chamber of Commerce. I have been able to organize programs in partnership with the Chamber and this programs has helped Bervidson Group gain attendance and greater visibility with current and future clients.

The Nigerian-American Chamber of Commerce has in a million ways accelerated our business. Her unflinching business support activities like the breakfast meetings has boosted our game plan in creating rewarding partnerships Nationwide.

Without a doubt, the Nigerian-American Chamber of Commerce has impacted in our business growth through valuable partnerships and business connections built from their various events and member’s directory.

We are pleased to announce the appointment of Mr. Olusola Obadimu, 57, as Director-General of Nigerian-American Chamber of Commerce with…

Importance of Financial and Tax Management for Startups: Summary

Importance of Financial and Tax Management for Startups Morolake Ade-John, Intern NACC February 2020   The article talks about the…

May this new month invite many great things.

May challenges that we can't solve not come near us.

May the blessings and favours of the Lord be direct and may God's plan for our life materialize.

And above all, may we be prosperous in all our endeavours.

We join the world in celebrating you today, Sir, Prince Julius Adewale Adelusi– Adeluyi, OFR, mni, a widely acknowledged and celebrated institutional figure. He’s a world-renowned leader in the Pharmacy profession, a Legal Practitioner and Philanthropist, founder and Chairman of Juli Plc, the first indigenously promoted company quoted on the Nigerian Stock Exchange.

We take great pride and delight in being associated with this distinguished gentleman of many excellent achievements and accomplishments.

Happy 80th birthday to you Sir, as we wish you many more fruitful and healthy years filled with more and greater accomplishments.

Eighty years of age surely looks a lot younger with you, Sir!

Nigerian-American Chamber of Commerce
This month of AUGUST
💐🌹💐🌹🌹🌹🌹💐🌹

💐May your finances MULTIPLY
🌹May your health IMPROVE

💐May your friends be BLESSED
🌹May your family be LOVED

💐May your pains LESS
🌹May your worries DISAPPEAR

💐May your coast be ENLARGED
🌹May your burdens be LIFTED

💐May your steps be ORDERED
🌹May your life be SECURED

💐May GOD BLESS YOU🥂

Have a fantastic AUGUST our Dear Esteemed Friends & Partners.

Nigerian-American Chamber of Commerce
On behalf of the Chamber President, Otunba Toyin Akomolafe, and the Board, the Chamber wishes you happy Eid/Sallah celebrations.

On this occasion, may Allah flood your life with happiness, your heart with love, your soul with spirituality, and your mind with wisdom.

Nigerian-American Chamber of Commerce
The last few weeks since your arrival has been an awesome experience with you and we have enjoyed every bit of it.

It is our prayer this day that you will continue to break new grounds, accomplish great feats, and even overtake territories all through your endeavours.

Happy Birthday, Sir, thank you for being an awesome Boss this far. It can only get better daily than the day before for you and your family and life pursuit.

We are pleased to announce the appointment of Mr. Olusola Obadimu, 57, as Director-General of Nigerian-American Chamber of Commerce with effect from Wednesday, 1st of July, 2020.

This, in a statement signed by the National President, Nigerian-American Chamber of Commerce Otunba Oluwatoyin Akomolafe.

Sola has a B.Sc in Chemical Engineering, M.Sc in Economics and MBA in
Marketing & Strategy, all from the University of Lagos.

He also brings on board Project Management and senior Consultancy
expertise. He is happily married with children.

Please join us in welcoming Sola and wish him a fulfilling & rewarding career at the NACC.

💐May your finances MULTIPLY
🌹May your health IMPROVE

💐May your friends be BLESSED
🌹May your family be LOVED

💐May your pains LESS
🌹May your worries DISAPPEAR